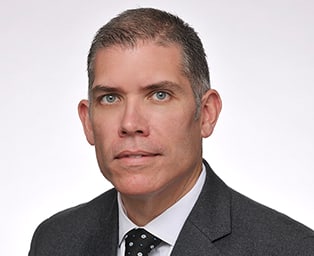 Jason was admitted to practice law in the State of New Jersey and the Federal District Court of New Jersey in December 2001. His journey through almost two decades of the practice of law in New Jersey provides him a unique perspective from which to evaluate every client’s matter. He has experience as a trial attorney in criminal, civil and administrative law venues throughout New Jersey.

For over 10 years, Jason was an Assistant Prosecutor and Special Deputy Attorney General in Union County where he was assigned to multiple units including the Appellate Unit, the Juvenile Justice Unit, the Domestic Violence Unit, Trial Team, the Grand Jury Unit and the Special Prosecutions Unit. Jason’s tenure in that office provided him insight into all facets of criminal law. He has tried a variety of cases ranging from simple drug possession, distribution of drugs, eluding, armed robbery and kidnapping.

For two and half years, Jason supervised the Grand Jury Unit of the Union County Prosecutor’s Office. There he was responsible for reviewing all matters proposed for indictment before the Grand Jury. More important that the legal standard of what evidence needs to be presented to a Grand Jury, Jason learned what information members of a Grand Jury want to know before deciding whether an individual should be indicted. He applies this knowledge to each client’s matter with an eye toward what information must be brought to a prosecutor’s attention prior to the matter being presented to a Grand Jury.

Jason was also assigned to the Special Prosecutions Unit. There, he was involved with investigations into police involved shootings as well as allegations of excessive force by members of law enforcement. He also was assigned the investigation and prosecution of individuals alleged to have committed complex crimes such as: long term employee theft, elder abuse, welfare fraud, document fraud, and voter fraud.

After spending two years in Ocean County, Jason migrated back to Union County and accepted a positon as an associate attorney with Hardin, Kundla, McKeon and Poletto, P.C. in Springfield, NJ. There his practice focused the defense of automobile manufacturers in Lemon Law and breach of warranty litigation. He appeared on behalf of automobile manufacturers at mediations, arbitrations, motion hearings throughout the State of New Jersey. He also represented manufacturers at trial and at countless Lemon Law Hearings in the Office of Administrative Law.

Jason graduated Gettysburg College in 1998 with a Bachelors of Arts in Political Science and Quinnipiac University School of Law in 2001 with a Juris Doctorate. He is a lifelong member of the Knights of Columbus and resides Cranford, NJ with his family.